How to Properly Identify Bed Bugs

Office Bed Bugs
Brown, shiny, painful bite, and very smug. These are the easiest way to identify a bed bug. The clip below is seriously the funniest Office moment in a very long time. Thank you Jim and Dwight. Thank you.

Beware the bed bugs, they don't run away all fearful, they think everything's a joke! And that is How Lou Sees It!
Posted by Lou at 9:10 PM No comments:

March 2
Dr. Seuss - Awesome. Despicable Me - Awesome. Looking forward to this one.

March 23
The world will be watching, and the movie makers will be making the big bucks on this one. I would say that this is the most highly anticipated movie of the year.

March 30
Could be interesting. The Snow White movies come in full force this year. Which will be the big success? Which will stay forever in a coma. 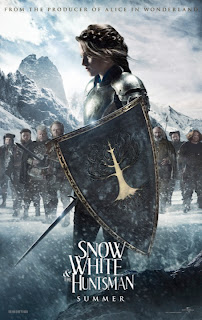 June 1
I think this one will be the Snow White money maker of the two. Its got the big names and action on its side.

June 22
Disney Pixar. Crazy cool hair. Should be an enjoyable one. Pixar is amazing.

July 20
The poster says it all. The conclusion to the greatest comic book movie trilogy ever comes to theaters end of July. Christopher Nolan has his work cut out for him with this movie. Lot's of high expectations after the success of The Dark Knight (not to mention Inception). These movies continue to amaze with great actors, lets see if Anne Hathaway really has what it takes to be a good Catwoman. Bane will be a great villain, but it will be hard to compete with Heath Ledger as Joker.

Les Miserables
December 7
Big names. Big musical. I think this will be a much better success than The Phantom of the Opera movie. Hugh Jackman, Russell Crowe, and Anne Hathaway star in one of my favorite musicals ever.

March 9
I really have no clue what this movie is all about. It sounds crazy.

May 25
Loved MIB when it came out way back when. The movies are entertaining, what else can I say other than "I make this look good."

June 8
Funny movies. Love the penguins. I like to move it move it.

July 3
Big names, but a remake so soon? Kind of crazy. Didn't like the teaser trailer, but let's be honest...I'm going to see it anyway.

August 3
Another Bourne movie, sure I'll probably see it. I need to read the books.

The Great Gatsby
December 25
Read the book in high school; it was interesting. Now all the other high school students will have yet another movie to choose from to watch instead of reading the book (the 1974 version or the 2012 version). I'm sure it will be somewhat like the book (probably different enough that you will still need to bite the bullet and read the book...it really is pretty good).

Looks like a pretty decent year all around folks. My top three being The Hunger Games, The Avengers, and The Dark Knight Rises (that's why their movie posters are bigger :). I look forward to another year full of great entertainment. I'll be sure to let you know what I think, and that is How Lou Sees It!

War is Peace. Freedom is Slavery. Ignorance is Strength. Doublethink. Big Brother. George Orwell does what he does best and creates a startling world where the reader is submerged in interesting political and social statements. A disturbing dystopian future where The Party controls everything. The Party is never wrong. If they said something that did not come to pass, then the statement would be changed to match what happened. The Party is never wrong. Big Brother controls the past. What is truth? Is it what you remember happening, or is it what Big Brother tells you. If Big Brother says 2+2=5, then 2+2=5. Telescreens and microphones are everywhere; two-way devices that allow Big Brother to watch and listen to you every minute of every day. The world is in constant war. The Thought Police strictly enforce thoughtcrime.

The book is very well written, and has had a big impact on today's literature (dystopian novels are very popular now with the recent Hunger Games). For some reason, I didn't seem to enjoy this novel nearly as much as Orwell's Animal Farm. I would recommend Animal Farm over 1984 if you were to choose only one Orwell novel to read. 1984 is definitely worth a visit, even though it is full of war, torture, and deceit.

And that is How Lou Sees It.