Disney will allow park workers to have beards - Yahoo! News

Now that Disney allows beards and goatees, Lou is one step closer to living the dream.

Disney will allow park workers to have beards - Yahoo! News:
'via Blog this'

Political Mii for a Better U

With the South Carolina Primary today, politics are all the talk right now. Who are the contenders for the Republican Nominee? Romney, Gingrich, Santorum, Paul, and Cain (i.e. Colbert). An interesting mix of people wouldn't you say? People have been really impressed with how Mr. Newt handled himself during the debate last Thursday, and many have said that he won the debate just by the way he answered his first question. The question brought forth was more of an opportunity for Newt to address what his ex-wife had said a few days earlier; that he came to her while he was having an affair and that he wanted an "open marriage." Many said that he "knocked the ball out of the park with that fast ball question." John King (the CNN moderator for the debate) phrased the question such: "Would you like to take some time to respond to [your ex-wife's comment]?" Newt starts his response by saying "No. [pause] But I will." The crowd goes wild! Four words with one well placed pause, and BOOM! Newt "wins" the debate. Gingrich goes on to attack the media and John King/CNN. He was appalled that John King/CNN would start a presidential debate  this way, with this "trash." You can find the video just about anywhere and decide for yourself. 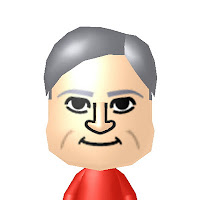 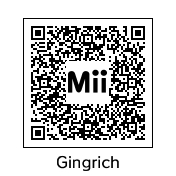 Now, I know that the media picks up on stories like these because it is what gets the media viewership/readership. It's a pretty big accusation. I don't think it was actually right for Gingrich to go on and personally rebuke "mainstream media" in this setting either. It really is amazing how the media affects these presidential elections. Let's not forget Herman Cain, and the accusations from multiple women that he had affairs with them. He has stood firm and denied all the claims, but his campaign took such a significant hit that he decided to drop out of the race (or "suspend his campaign") last December. He is not on the radar anymore...or isn't he? Cain may now have a chance in the SC Primary today all thanks to one man, and that man is Stephen Colbert. 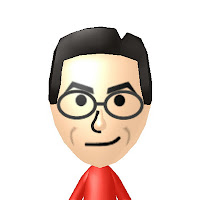 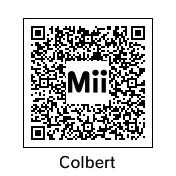 Colbert goes by many a name, America (I own this book, and let me just say...its funny) being one of them. Now, Herman Cain is how he may become the Republic Nominee. SC is Stephen's home state, but it is too late for him to get on the ballot and they don't allow write-in votes. Well, even though Herman Cain is no longer running, he is still on the ballot and thus, Colbert will gauge how many voters want him to run by how many votes Cain receives today. He was in SC the other day for the "THE ROCK ME LIKE A HERMAN CAIN: SOUTH CAIN-OLINA PRIMARY RALLY" with non other than Herman Cain. The videos are well worth a watch. Stephen may be one of the funniest comedians out there, and that definitely ranks high up on my political priorities. (Just wait, you will have the song "Rock Me Like a Hurricane" stuck in your head all day now...music is power). 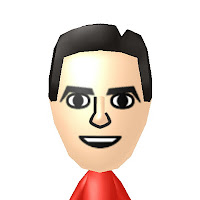 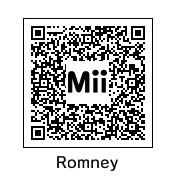 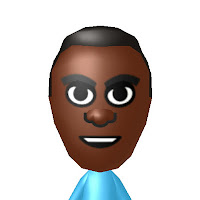 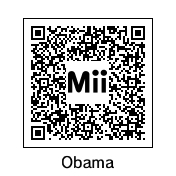 [NOTE: The above Mii characters were all created by myself excluding the Colbert who was created by "Ajay" . They can be downloaded using the QR reader on the Nintendo 3DS.]

NINTENDO'S Wii U
So, as most of U have heard, there is a new Nintendo system coming out, the "Wii U." One of the major pulls for the new system was to improve on the graphic capabilities. It is no secret that Nintendo's systems have never been the best for really high quality graphics (that has been left to PS3 and X-Box). The new Wii U will have HD resolution. Let's be honest, it is hard not to get excited about a new gaming system, but the new renovations coming out with the Wii U is mainly in the new controller. The new controller will have a touch screen with a stylus (like its DS systems), gyroscopes, microphone, and a camera. You will be able to have face to face chats on the controller itself, and the games will have another dimension. You will be able to continue playing the game on the controller if someone else wants to watch something on the TV. Definitely some nice additions, but is it enough to bring the consumers out to buy? Scheduled for release sometime between June and December of 2012 we will see soon enough. My only beef with the whole thing right now is the name. Seriously? Wii U. The fact is, the system won't be too different looking from the Wii, so the slight difference makes sense. They also are sticking with the play on words (we-wii and you-u). I just don't know how I really feel about it yet. First impression, stupid name. Second impression, makes sense. Third impression, I'll know once I've experienced it.

Great news Lou readers! I am happy to announce that one of my pictures from this very blog made it onto The Local Pages' front cover! Check it. 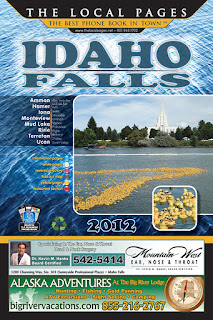